It is a gorgeous day in Toronto – about 7C and sunny – and L and I just went for a lovely walk around the neighbourhood (we brought a disc instead of a camera, though, because he wanted to toss a bit in the park). I am so ready for winter to be over that, in my mind, it already is. This weather just proves it, right? L, who doesn’t want me to be disappointed when the March storms inevitably roll in, was more tempered in his enthusiasm, but still, even Fake Spring feels pretty nice.

And, whether the season is fake or real, the cleaning it inspired over the weekend is unquestionable. 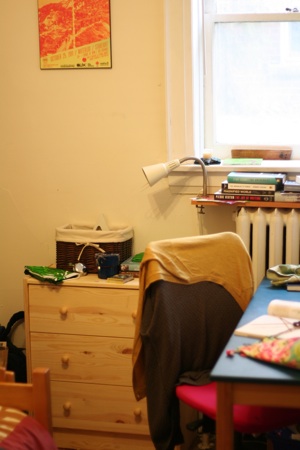 The nicest it's ever looked.

Look at how tidy my work space is! I didn’t take a before shot because, frankly, it was too embarrassing. There were half-unpacked boxes stacked there, with bags and shoes piled around in front, and it was so bad that my rolling chair was reduced to basically a swivel. But, on Saturday L got a new dresser, which meant his old one could be used for organization (can you believe a grown man used a dresser that small?). The top two drawers have been designated for our hats, mitts/gloves, and scarves, but I claimed the bottom drawer for knitting-related items, and have also gained an office surface on top. The basket is currently holding needles, notions, and other odds and sods, while my pattern books are stacked beside it and, on the shelf above those, my to-be-read pile (you can see my knitting – Almondine sock number 2, of which more later – on the desk at the edge of the photo). It may never look this neat again, but I’m very pleased with it.

Besides cleaning and organizing, this weekend involved lots of cooking, which I love. On Saturday we had friends over for dinner and I made some Georgian food, inspired by my parents’ Grub Club (monthly dinner club they’ve have going with friends for over a decade). I made Bostneulis Kharcho (tomato soup with walnuts and vermicelli) and Khachapuri (bread baked with cheese inside. 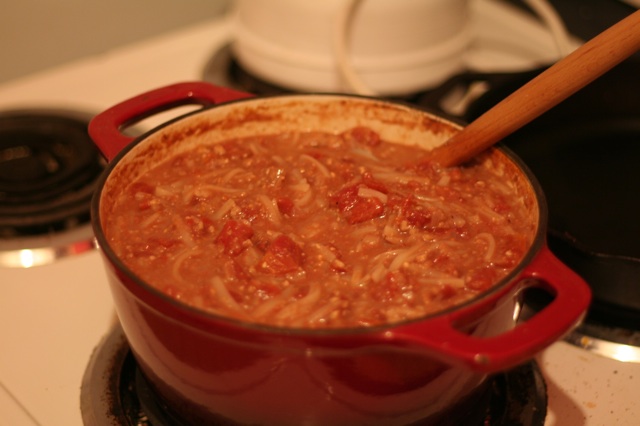 This soup looked much better in person.

The lighting in my kitchen is a little iffy, but you get the idea. Both recipes were incredibly simple, but had rather impressive results, and I would highly recommend them – both are from The Georgian Feast by Darra Goldstein. 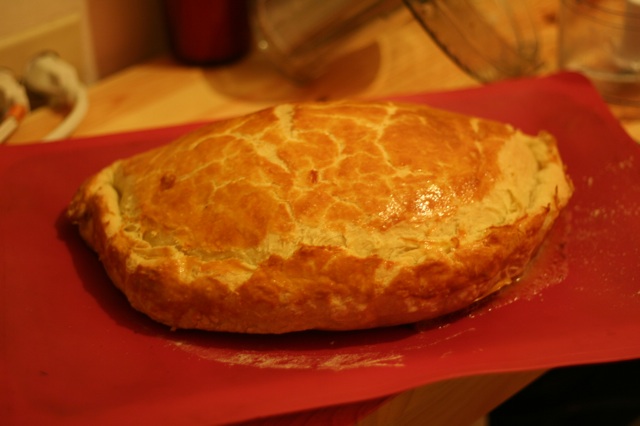 Khachapuri – all puffed up and fresh out of the oven. 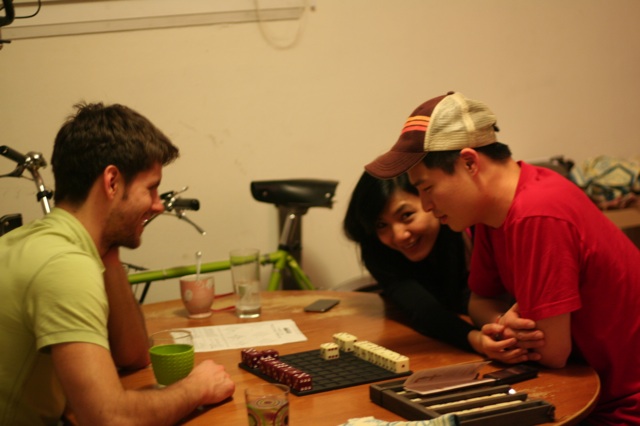 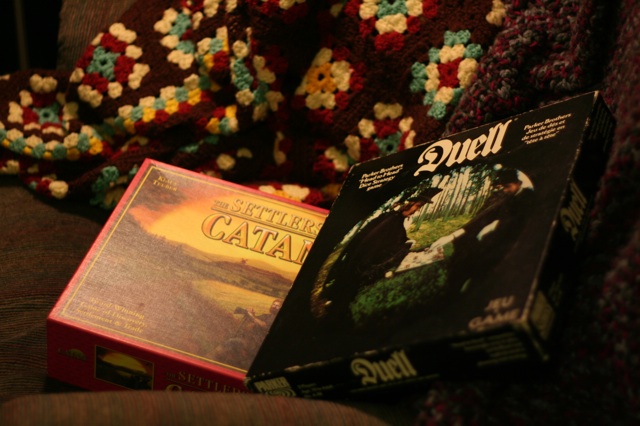 Yes, this is just the sort of Saturday night I like.