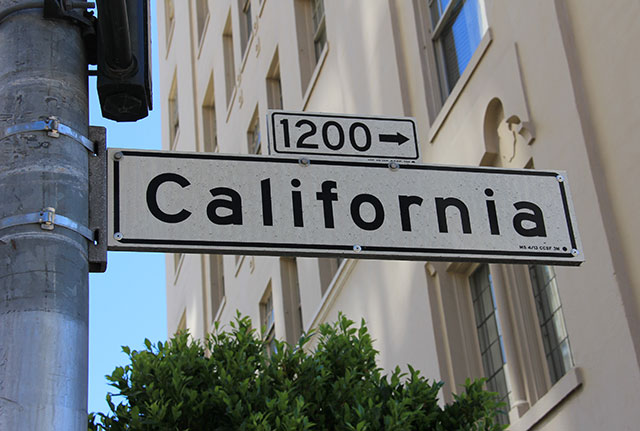 I got home Sunday night and have been debating ever since how best to write about our trip. It was so, so great: the perfect mix of busy and relaxed, with great weather and great company. We honestly saw and did so much in eight days that as soon as I started going through my photos (899, to be precise) I realized one post would be crazy. Instead, I think I can do it in three — San Francisco, driving Highway 1, and LYS visiting — and I’ll warn you now, they’re going to be pretty photo heavy. Ready? Let’s do this thing. 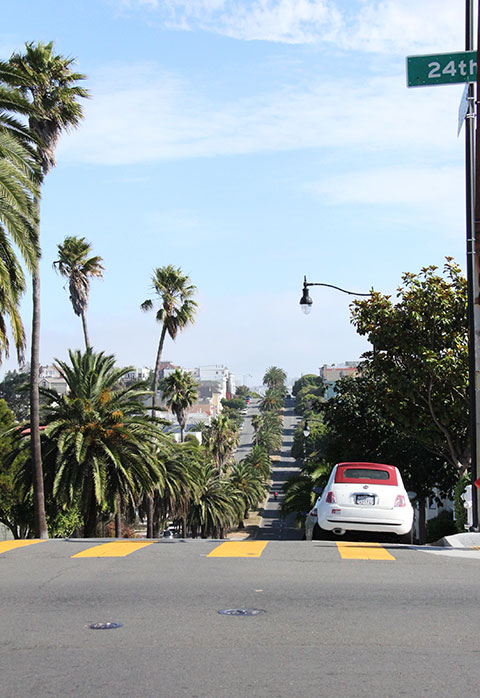 We stayed in the Noe Valley neighbourhood, which was a great area but definitely not downtown. Although we started taking more public transportation later on, we did a lot of walking up and down – and then up and then down again – San Francisco’s hilly streets (my hips decided to pretty much fall apart while we were there, which has never happened before and was really inconvenient). The steepness is pretty much impossible to capture, but suffice to say that the street in the photo with the long view was at about a 45 degree angle (L is an engineer, so I trust his judgment on such matters) — we walked up it (on tip-toe) as part of the climb to the top of Twin Peaks, which we reached just in time for the fog/clouds to start spilling over the top. 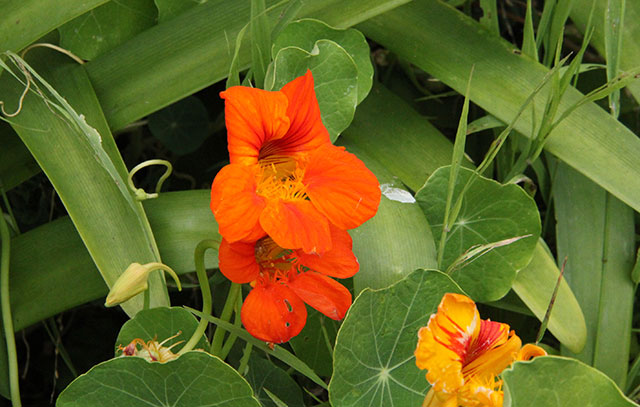 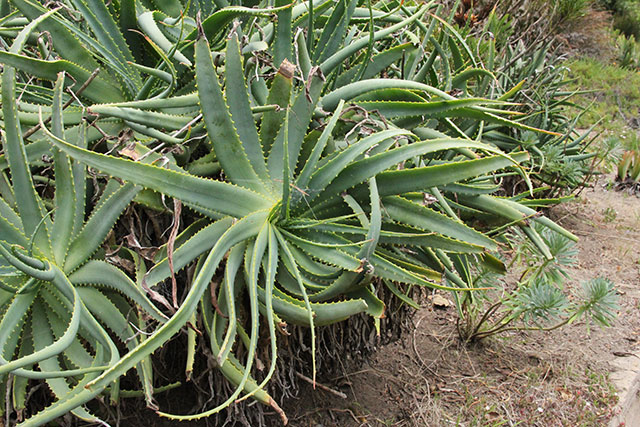 Our impromptu visit to the Botanical Gardens in Golden Gate Park was on of my favourite things we in San Francisco. We packed a little picnic and wandered through the park to the gardens, which were really lovely. It was the closest we came to seeing big redwoods, and the California Natives garden meant we got to see a lot of the plants and flowers that weren’t flourishing because of the drought. Besides the dozens of succulents that seem to thrive in California, the other plant we saw a ton of on our trip was nasturtiums (the first, very orange, flower). It’s one of my favourite flowers, and to see it growing wild all over the place was such a treat, and added shocking blasts of colour to an otherwise fairly pale landscape. 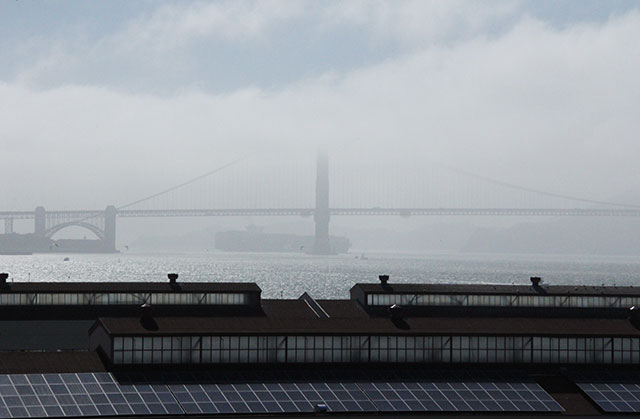 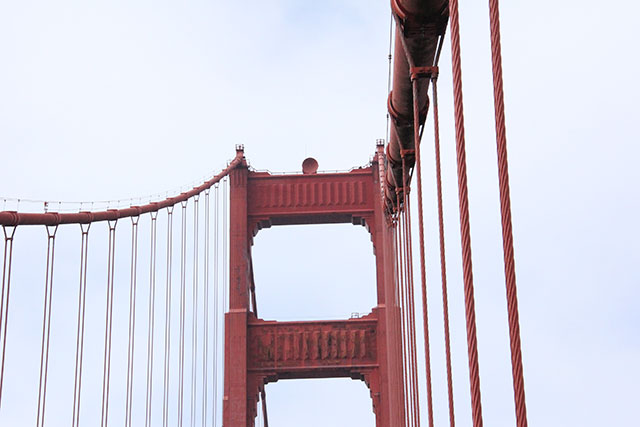 Of course, we did the touristy stuff too. Neither of us grew up watching Full House, but a trip to see the Painted Ladies just seemed right. And then, of course, the Golden Gate Bridge herself (himself? itself? what gender do we assign to bridges?) The bridge was covered with a tube of cloud for our first two days in the city (as in: the sky everywhere else was clear and lovely, but the there was a line of cloud low and over the bridge anyway), but on our last day somehow everything worked out and we had a clear view. We walked across it, and then back across it, and it really does live up to the hype. It’s a pretty fantastic piece of infrastructure, and the little interpretive centre on the city side of the bridge definitely added to my appreciation of its design and art deco details.

San Francisco was a great introduction to California and I could definitely have spent more time there. We even made it over to Berkley and Oakland — more on that in the LYS post. Next up: driving down the coast!